Have you ever wondered how footwear was invented? Did you ever ask yourself what it was like for ancient people who walked around before shoes were even a thing?

In ancient times, barefooted men and women saw the need to protect their feet so that they could walk farther in more adverse environments without experiencing discomfort.

But practicality aside, shoes back then also served as a status symbol. Today, in a similar fashion, some shoes can be considered a luxury. 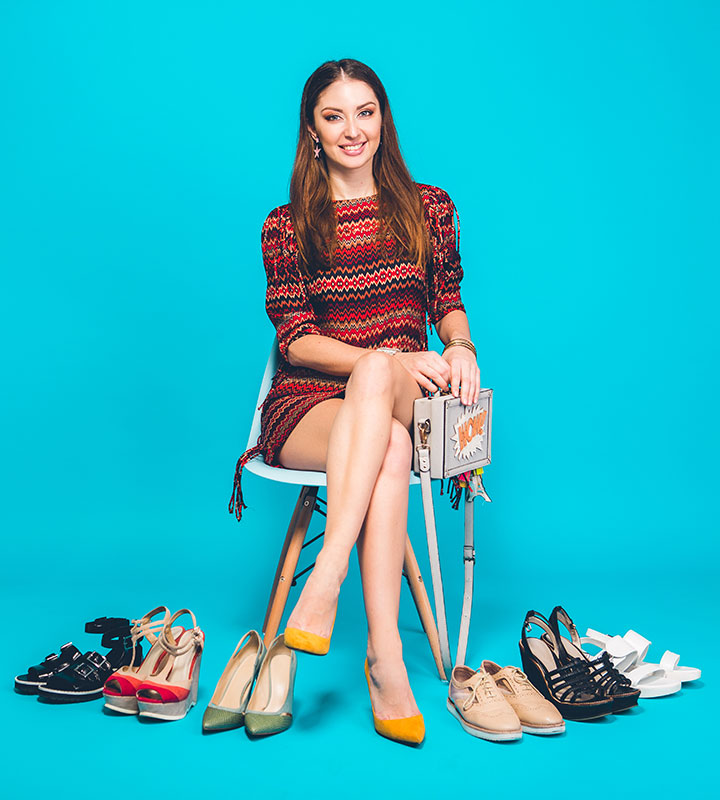 When you visit the mall or browse online stores, you’ll see many different styles of designer shoes. Although they’ve changed drastically, you’ll find that many of these pieces still reflect the early concepts of footwear.

This walk-through will show you how your favourite designer shoes in Dubai became what they are today through shoe evolution.

The First Ever Shoes

First discovered in 1991, what was believed to be the earliest version of a shoe came from the Stone Age. Archaeologists made the landmark discovery after unearthing a mummified human named Oetzi.

What scientists found most striking about this Stone Age Alpine traveller, who was discovered along the borders of Italy and Austria, is the pair of hay-filled deerskin shoes with soles made from bearskin that he was wearing.

A few stitches brought the entire thing together, keeping Oetzi’s feet warm and dry during his travels on foot.

Of course, there isn’t anything concrete that could declare Oetzi’s hay-filled, bearskin-soled shoes the actual first pair of footwear ever invented. After all, there are so many types of footwear made for various climates even during these ancient times, like:

From 1250 to 476 BC, sandals were the most popular footwear available. This is especially true in ancient Egypt, Greece, and Rome.

Of course, countries in the East – particularly China – had different shoe styles entirely, reflecting their culture and traditions.

Artisans made the first Egyptian sandals from papyrus fibre, palm leaves, and raw leather. The contraption was tied securely to the feet of their wearers, who were mostly clerics and the Pharaoh in the beginning.

Over the years, sandals became a status symbol and were designed with different colours to reflect the person’s social class.

For ancient Greeks and Romans, sandals were fitted with laces tied nearly halfway up the knees. These had the same design for both men and women.

Although Greek and Roman sandals don’t necessarily differentiate different classes of society, they were covered by a few regulations:

And then came the Chinese, whose trends varied greatly from those of the West.

Until the 10th and 11th centuries, China’s golden lotus shoes were the most popular thing in the country.

This footwear, which can only be worn by women who have undergone the practice of foot binding (that entails bending or breaking some toes to make the feet smaller), served as a gold standard for beauty based on local culture.

As people evolved and societies became slightly more liberated, the shoe renaissance arrived. As you continue reading, you’ll find that many footwear types from this era still served as the basis for modern designer shoes available today.

Shoe evolution in the Middle Ages began with the emergence of espadrilles in Central Europe. These comfortable shoes are made of cotton, canvas, or any strong fabric and have soles crafted using jute or other natural rope materials.

Although they didn’t reach Northern Europe because of the climate, these shoes stood the test of time and are still worn in different parts of the world today. Like Dior, several world-renowned designer brands still have espadrilles in their footwear collection.

The Gothic Period is filled with uniquely shaped footwear, but the most popular one would be the poulaines.

These shoes have elongated, pointed tips, extending up to half a meter long. The longer the tip, the higher the social standing of its wearer.

Sometimes called “crakows,” poulaines were made with velvet, among other materials. Shoemakers also designed them with laces to fasten onto the leg and make it easier to walk while wearing them.

The complexity and dramatic elements of Gothic era footwear lived on through the Baroque period. Expensive materials like satin, velvet, and silk were used to make shoes, which were decorated further with ribbons, artificial flowers, and even gemstones.

Upon its end (called Rococo), the period also saw several types of shoes already sporting the Louis heel or ones that were secured with a buckle.

The most significant breakthrough in shoe history happened during the Industrial Revolution.

Shoemakers and innovators developed the sewing machine, which revolutionized shoemaking and made it possible for more people to wear them (not just those with high social status).

However, shoes remained a status symbol, style-wise at least. Of course, those who buy designer shoes consider their significant investments.

Check out the following styles of modern designer shoes worth checking out and choose according to your style preference and needs:

Women’s Oxford shoes come with a vamp pattern under the outlets of the lace, forming a closed lace network.

Although commonly used as formal shoes, Oxfords can also be worn with casual outfits, particularly a top and a pair of jeans.

Popularized by famous actress Audrey Hepburn, the kitten heels have short, narrow heels defined by the shoes’ height. This typically brings the heel height to about one to three inches.

Although they’ve come and gone since the reign of France’s Louis XIV, you’ll still find plenty of kitten-heeled footwear included in some of the most famous designer shoe collections today.

Also called “court shoes,” pumps originated in Britain in the 1500s. At the time, only men and servants wore flat shoes (without heels) called “pompes,” which is where the term was coined from.

Ironically, women’s pumps today always have heels – albeit in different heights. They never go lower than one inch, though. Pumps can also be closed-toe, peep-toe or ankle-strapped shoes.

Wedges can be closed shoes, peep-toes, or sandals with a constant raised heel. Unlike other shoe heels, wedges are attached to the outsole without any break.

Many believe that Salvatore Ferragamo of the Italian luxury goods brand invented the wedge shoe for orthopaedic purposes in the dawn of the 1930s. Initially, it was made from cork and wood materials due to a rubber and leather shortage during World War II.

As years passed, wedges remained a popular design option for women’s footwear, particularly booties, sandals, and flip-flops, during the 1970s. Today, even some sneakers and espadrilles have wedge heels.

The Function of Shoes

Learning where designer shoes came from helps refresh one’s perspective about this luxury item. The origin of those gorgeous pumps, kitten heels, and more explain both the practical and societal function of footwear throughout the years. 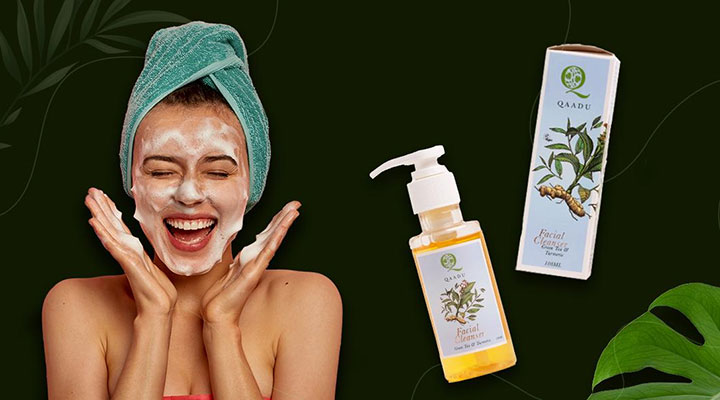 7 ways to choose the right face cleanser: tips for all skin types 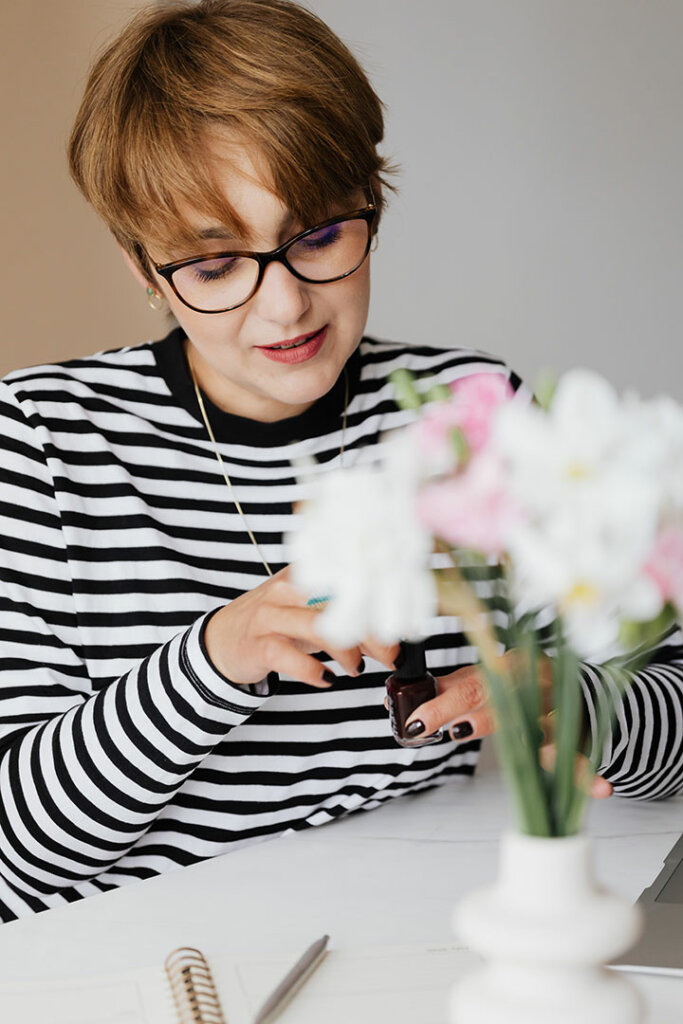 If you are a newbie in the cosmetics market, then you might find it hard to sell private label cosmetics on online shopping giants like Amazon. Check out how these tips can save you. 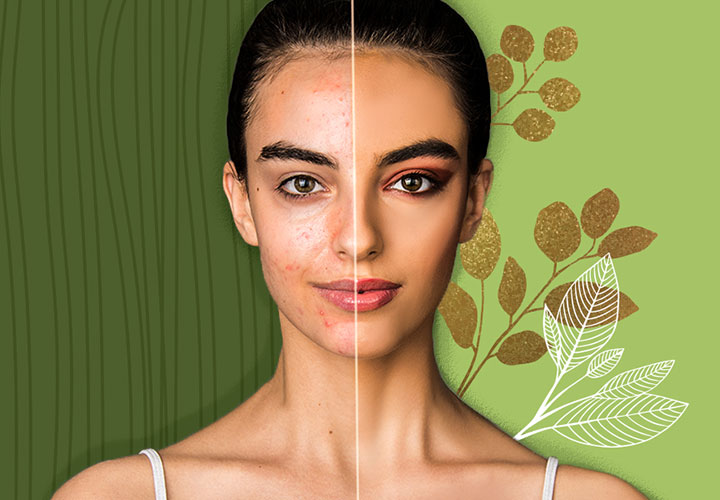 Acne is a common problem faced by all age groups of people. Check out effective home remedies to treat acne easily at home. 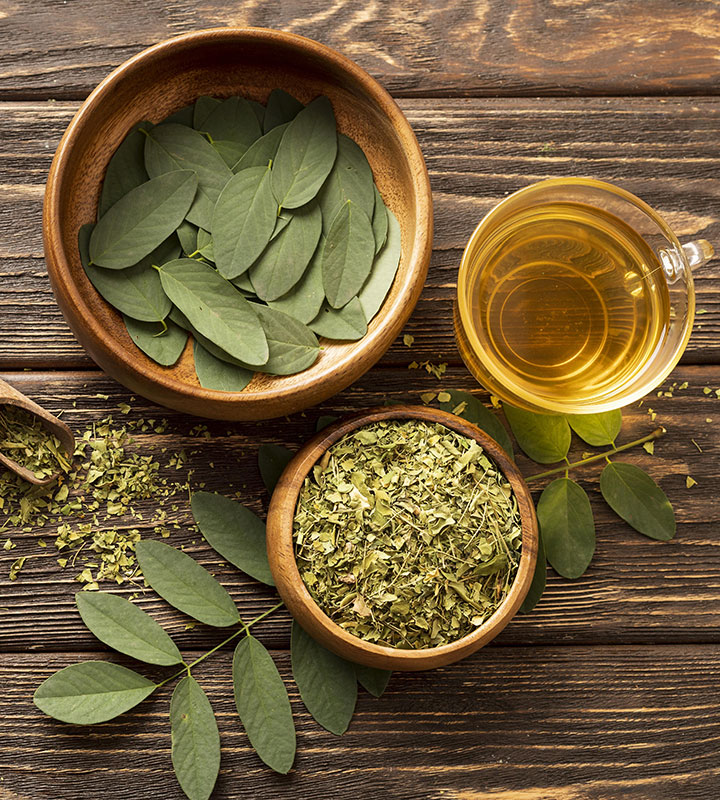 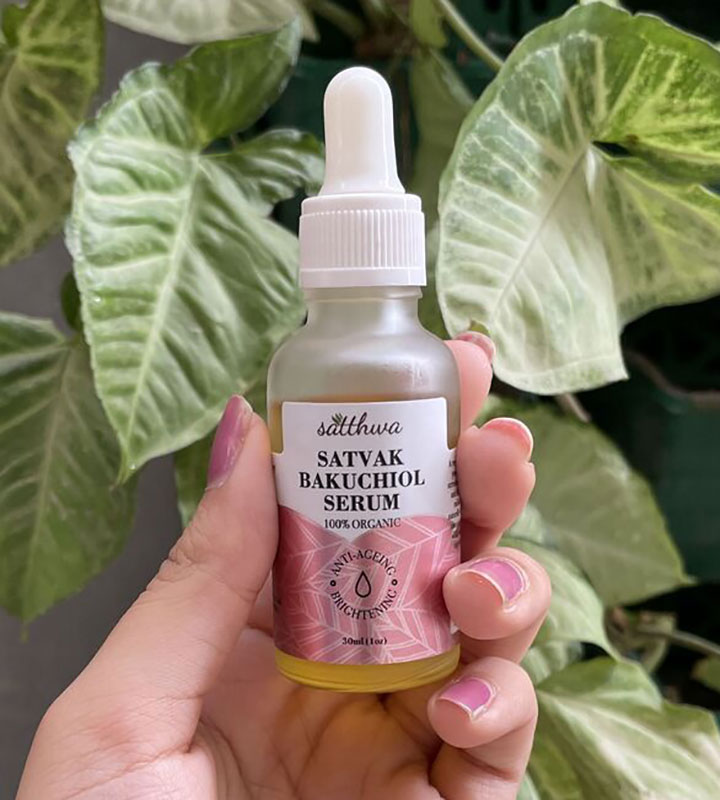 I tried the best alternative to retinol-based serum

Is Bakuchiol really effective as plant-based retinol? Check out my experience with Satthwa Bakuchiol Serum. Know everything about it. 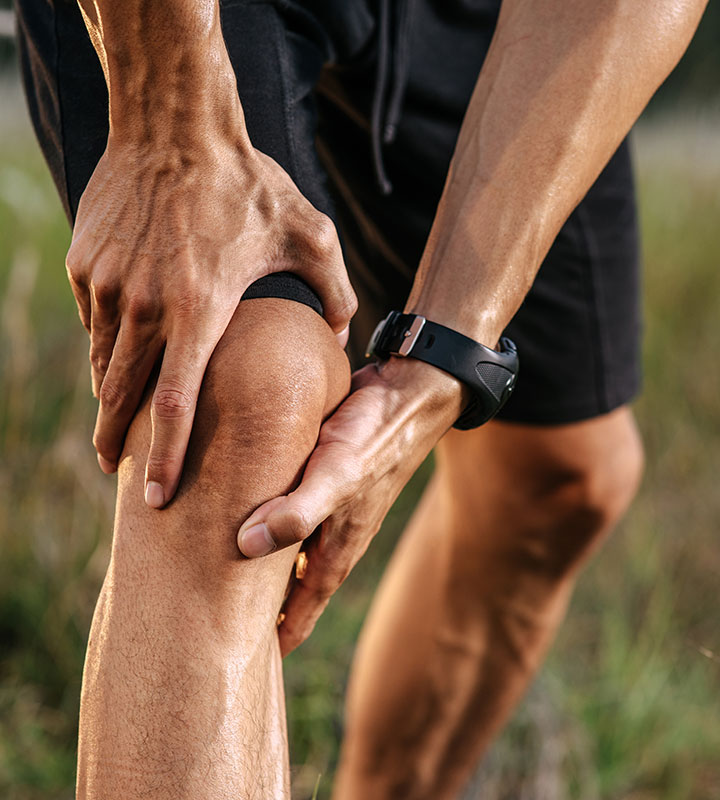 Stop making these mistakes if you face joint pain

Are you suffering from joint pain aka jodo ka dard for a long time now? Here are some mistakes that you might be doing unknowingly. 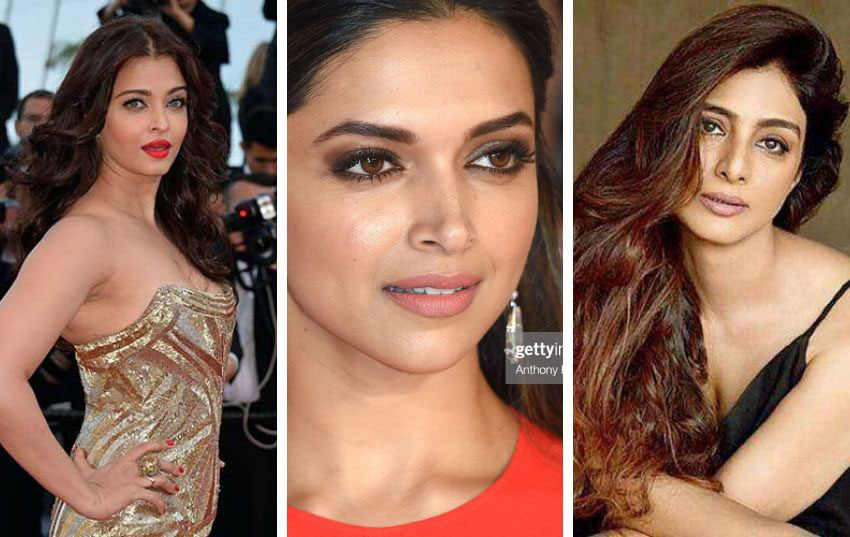 Do you want flawless skin like an Indian beauty? Take a look at the skincare routine of 10 successful and beautiful women in India. 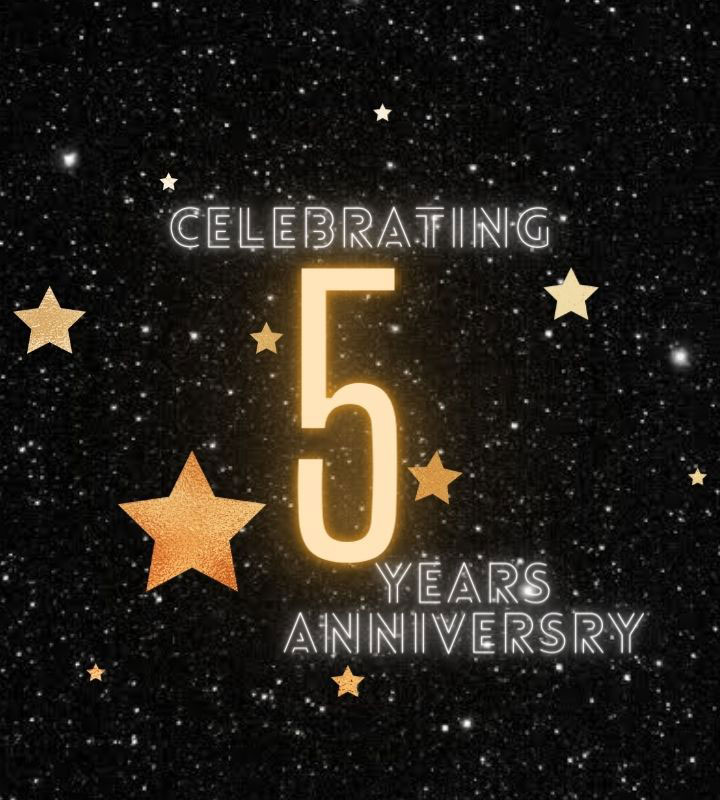 Yes! today we have completed 5 years

It was a roller coaster ride for sure. Check out how I managed to survive pretty well in this blogging world for the last 5 years where every turn is challenging. 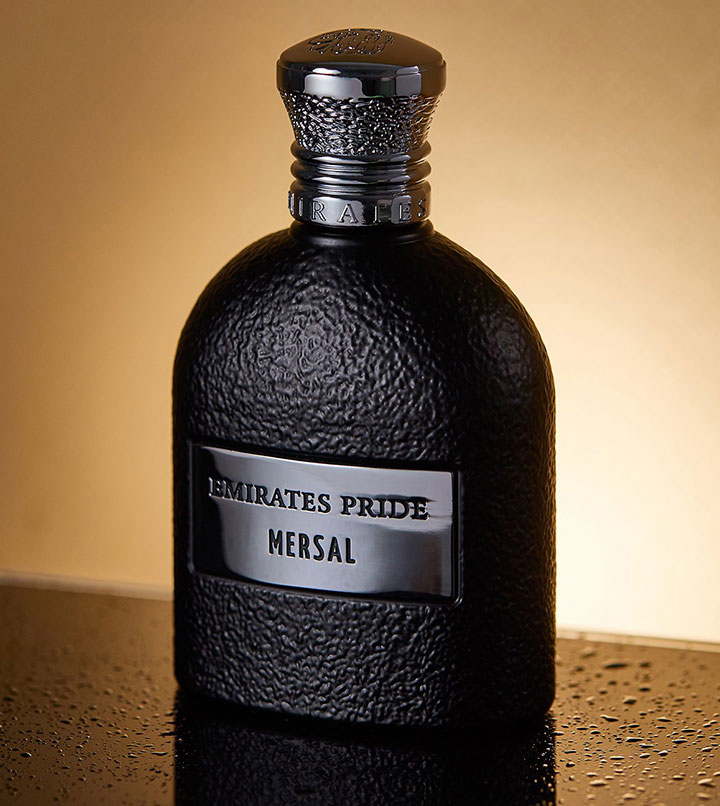 Say ‘yes’ or ‘no’ to oud, the new age perfumery oil

Oud is a new age perfumery substance. Know what exactly Oud or Oudh is, how it is used to make perfumes, what makes it special, and many such interesting things in the following section.